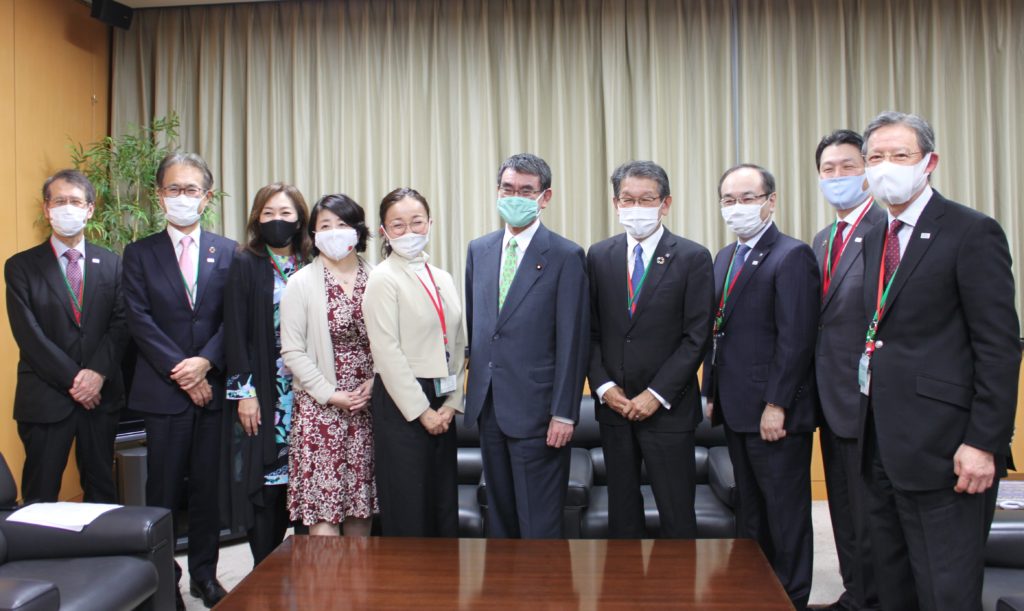 At the beginning of the meeting, Minister Kono stated, “Now that the Prime Minister has declared carbon neutral by 2050, there is no time to spare in making renewable power the main power source. Based on the request from the industry for regulatory reform on renewable energy, we will do everything the government can do”. In response to this statement, the CEOs of the four companies made comments on their efforts and requests to the government.

On the other hand, it was also stated that if Japanese companies work together, it will be possible to accelerate the development of new technologies for decarbonization. In addition, it has been pointed out that the risk for investing in renewable energy can be reduced with clear indication of Japanese government’s long-term direction of energy policy and requested the country’s energy mix target of renewable energy by 2030 to be set at 40% or more..

In response to the remarks of the four companies, Minister Kono said, “It is easy to get opinions from the existing energy industry that renewable energy is unstable or that it is impossible to increase it. Even among experts, some of them still have opinions remains on understanding of 5 years or 10 years ago. I would like everyone at the industry to convey us the actual situation with needs of renewable energy in business field”.

Finally, the JCI secretariat organizations introduced their future efforts, and all agreed to continue cooperation at the end of the meeting.

The following is the JCI’s first proposal of regulatory reform on renewable energy. In the future, we will collect the opinions of JCI members and make the proposal more concrete.

2. Reforms to make it easier to supply renewable energy
③Deregulation on renewable energy development
‐ Reform the operation of the Agricultural Land Act and the Act for Improvement of Agricultural Promotion Areas so that abandoned farmland can be used effectively
– Relax the requirements for exemption from the agricultural developing area and approval of the diversion of agricultural land to enable effective use of land.
– Review research and development restrictions on renewable energy in national forests and protected forests.
– Position wind power generation facilities as public facilities.
– Speed ​​up environmental assessment procedures.

④Regulatory reform regarding the connection of renewable energy to the electric power grid
‐ Report and disclose the usage record of the main transmission line.
– Reform for more rational connection management, including existing power sources.
– Enforce the merit order to set a rule of preferential connection of power with the lowest marginal cost. 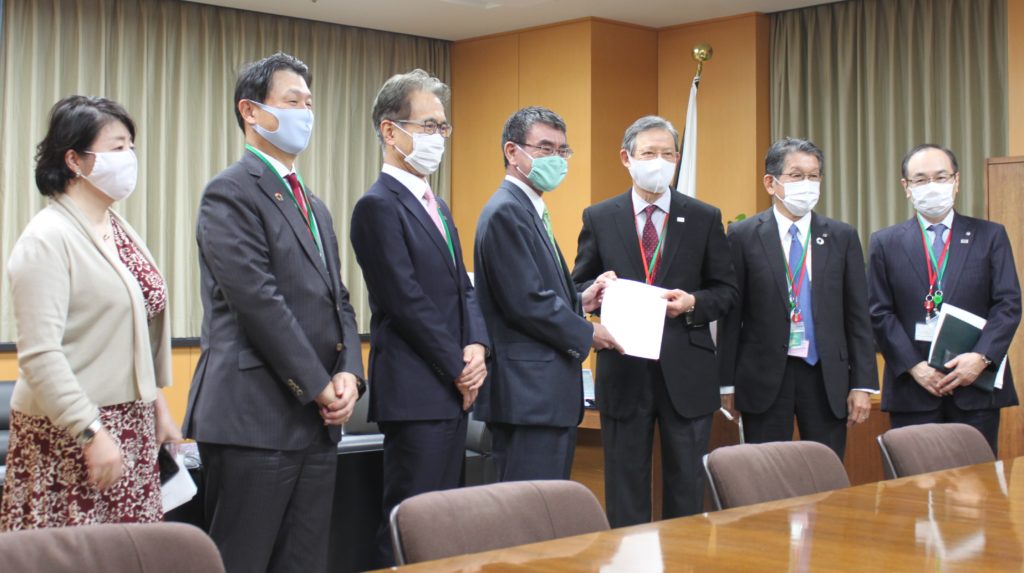