A comment from Takejiro Sueyoshi, JCI representative, in response to the submission of the Japanese government’s NDC -A raise of Japan’s reduction target is urgently needed- 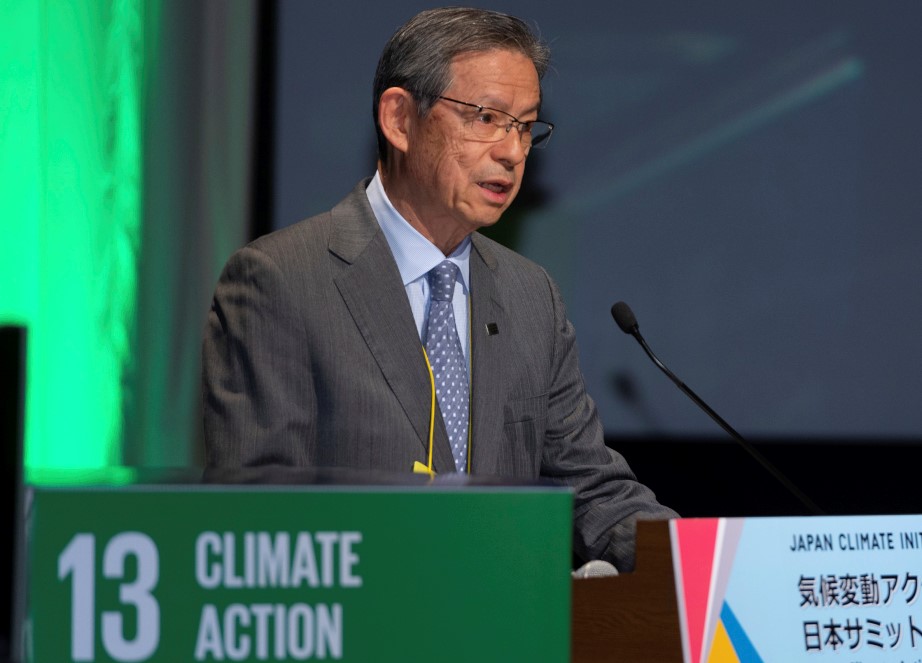 Today, the Japanese government has decided to resubmit to the UNFCCC its Nationally Determined Contributions (NDC), which includes the greenhouse gas emissions reduction target by 2030, without any increases.

This February, 248 signatories (159 companies, 25 municipalities, 64 other organizations) participating in Japan Climate Initiative (JCI) have issued a statement together requesting the Japanese government to enhance its NDC, including the revision of greenhouse gas emissions reduction target, and submit it to the UNFCCC. This statement was signed by a number of Japanese non-state actors, including Japan’s leading large companies, SMEs supporting the local economy, local governments throughout Japan, environmental NGOs/NPOs, and consumer and religious groups. It shows that the voices calling for enhancement of Japan’s reduction target by 2030 have widely spread among non-state actors in Japan.

However, the government did not listen to these voices at all, and decided to resubmit it after a closed discussion only within the government ministries. Although the government said it will begin to consider the next reduction target without waiting for the next five-year deadline under the decision of the Paris Agreement, in order to keep the temperature rise below 1.5 ℃ and stop the growing climate crisis, it must urgently raise its reduction target by 2030 significantly and begin to enhance countermeasures to achieve the target.

In the statement JCI issued this February, we indicated “If Japan does not enhance its NDC in the midst of the escalating climate crisis year by year and the growing voices around the world calling for stronger climate actions, it not only ends up showing Japan’s passive attitude on climate change to the world, but also jeopardizes the efforts of other countries that are seeking to enhance their emission reduction targets and measures even under difficult circumstances in each country.”

Now we, humans have been facing the threat of the coronavirus, and fighting to overcome it around the world. What we are learning through this fight against the virus these days is that any global crisis cannot be solved unless all countries work together.

This lesson can apply even more to the fight against the climate crisis. The theory made by the government that Japan cannot raise its greenhouse gas emissions reduction target because they cannot review the 5th Strategic Energy Plan at the moment, will not be accepted in the world at all. It has been a common issue for all the parties to enhance their NDC by COP26 this year since the Paris Agreement was adopted in 2015.

If the country comes to COP26 without any increase of its reduction target, the reputation of “Japan being reluctant about decarbonization” will take root, and it could hinder Japanese businesses from developing their global business and in some cases Japanese companies including SMEs could get excluded from the supply chains. And most of all, it betrays the wishes of young people in Japan and around the world speaking up for themselves and future generations.

The Japanese government must show the world before COP26 a clear will to join the frontline of the world in addressing climate crisis by promptly presenting a specific timing and process for raising its reduction target, beyond just referring to the start of review of the Plan for Global Warming Countermeasures.

PDF: A comment from Takejiro Sueyoshi, JCI representative, in response to the submission of the Japanese government’s NDC -A raise of Japan’s reduction target is urgently needed-

Press Release by the Ministry of the environment

JCI news: JCI’s statement to call on the Japanese Government for its NDC enhancement (Feb 4, 2020)

← International investor and business organizations encourage the Japanese government to increase ambition of its NDC Prev
Next Towards “Green Recovery”: Overcome the coronavirus crisis and tackle the climate crisis →

...
More
Close
← International investor and business organizations encourage the Japanese government to increase ambition of its NDC Prev
Next Towards “Green Recovery”: Overcome the coronavirus crisis and tackle the climate crisis →
FACEBOOKTWITTERPAGETOP